The Observer And I

Here is the derelict remains of an ill-fated 1970s hotel complex that has since been burnt out and vandalised. Resembling a set from a disaster movie, the hotel is at odds with the serene landscape surrounding it. The characters appear to be searching for something in the hotel, perhaps for each other. We get a sense that they are trapped- or lost- in time. Often they are seen as waiting despondently, aimlessly echoing each others actions or signalling with shards of mirrors, until there is a joining of the two persons towards the end of the film, as a cloud blocks the sun and darkens the scene. 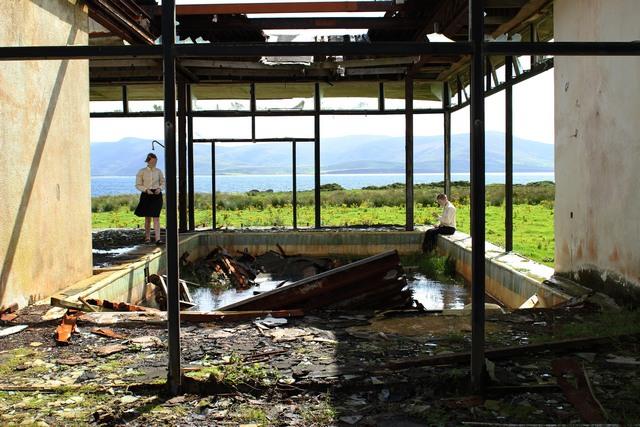 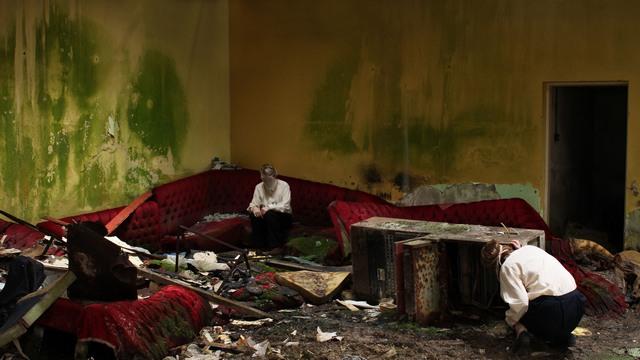 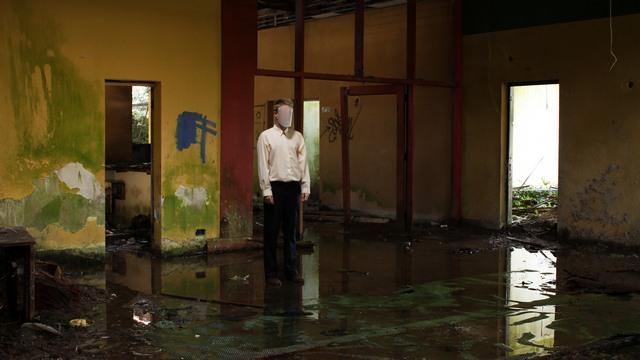