Kevin Gaffney & Sally-Anne Kelly have been working as a filmmaking duo since 2009. In 2011, Gaffney graduated from MA Photography & Moving Image at the Royal College of Art, and Kelly graduated from MA Performance & Performance Design at Central St Martins. Their work has been shown in exhibitions and film festivals in England, Scotland, Ireland, Germany, Hungary, Czech Republic, Portugal and Japan. They have recently been awarded the Grand Prix from the Sapporo Biennale art competition to produce a work in Hokkaido, Japan, for presentation at the biennale in 2014. This year, their work was also awarded an honorary mention from the Startpoint Prize for Emerging artists and was published in Hardcover Image Perspectives on Black Dog Publishing. 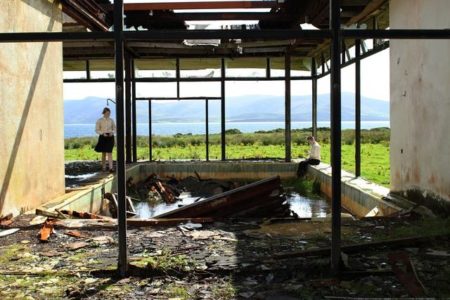 The Observer And I