Sneaky Time is an interactive art installation offering the participant the rare pleasure of moving “something” with his/her eyes and symbolically controlling time. It uses blink detection input, a quartz clock display, computer, webcam, microphone, Arduino, a simple circuit, and speaker. The quartz clock only moves and ticks when the participant blinks his/her eyes. The artist aimed to connect a small gesture, blinking, to the larger concept, passage of time creating a metaphor for the body as a clock and emphasizing the relativity of time. The human body could be compared to a clock. Heartbeat, blinking, and breathing, the rhythmic functions of our autonomic nervous system continuously mark the passage of time. The continuity of such autonomic body functions makes these functions unperceivable to most people. Similarly most people do not realize the passage of time. While we have no control on the progress of time, symbolically controlling time gives the participant a reminder about mortality. 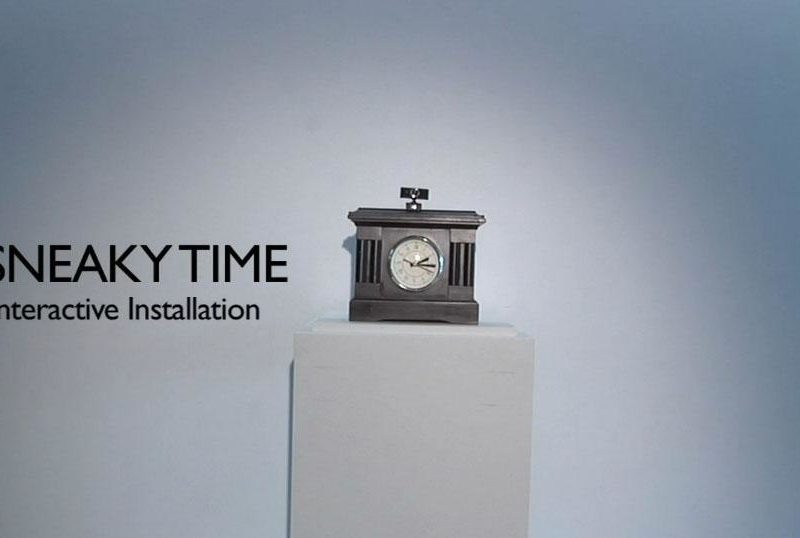 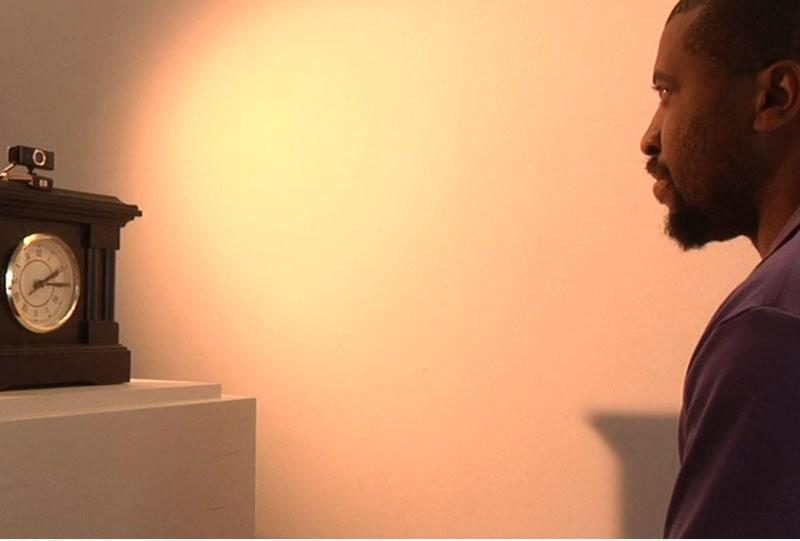 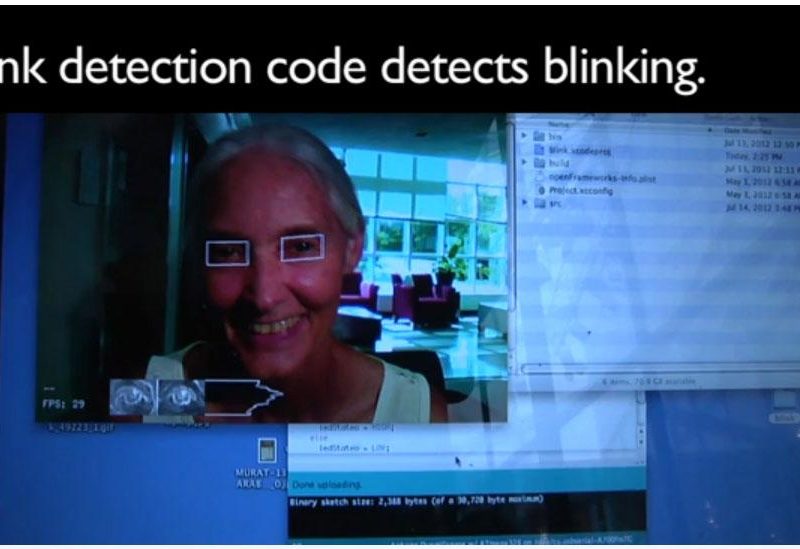