‘r_lightTweakSunlight’ project stems from the research within the videogames brought forward by Marco Mendeni in recent years, giving rise to an environmental path entirely realized with Cryengine3 engine, an advanced software to create videogames. The use of a platform for the creation of virtual worlds has allowed him to develop a parallel reality starting from nothing, populating it freely with textures and extravagant Physics laws, in a search which is about space and shape, thanks to computer use. ‘r_lightTweakSunlight’ is the simulation of a fictional world and a suggestive places exploratory documentation inside the machinery, a trip through its contingencies and its dark sides. A path through seemingly real worlds which fragment themselves in the vision, losing volumes, shapes. He deconstructs and disintegrates the matter, aimed to a gradual change of the environment. Spaces of perception are destined to live exclusively in the virtual memory of a computer, and this kind of creation lives of the provocation for the loss of functionality. The world created by Marco Mendeni consists of charts, lines, vectors, an environmental anamorphoses which disassemble the space. The transition from one environment to another is the transience of each digital item. The overlapping of spaced elements destabilizes the viewer and, simultaneously, suggests possible truth, like a deconstructivist architect who breaks the figurative systems because of the need to broaden the concept of fo 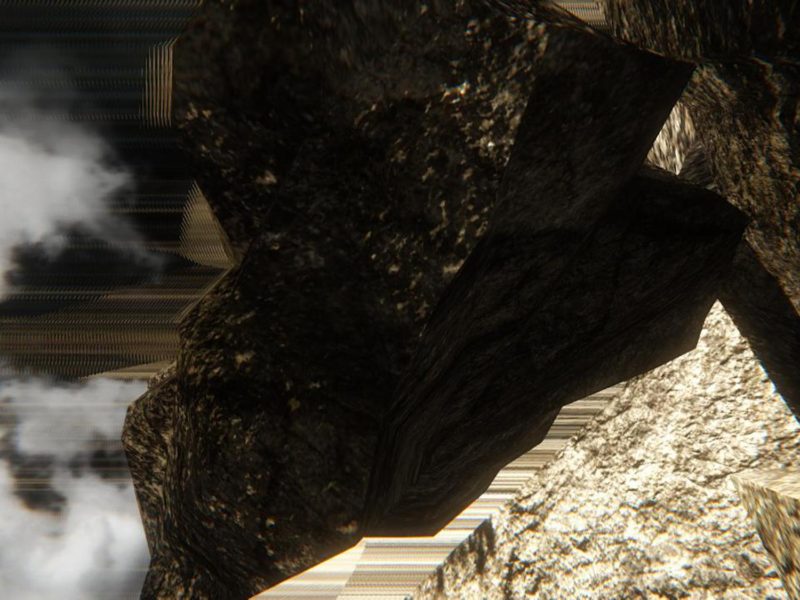