Marco Mendeni develops an advanced research for which he uses the videogame as an expressive medium to start a critical reflection among real and digital, simulation and dissimulation. Virtuality and reality, presence and absence, tradition and innovation apparently are some of the antinomy couples on which the work of Mendeni is based. The virtually real world of the videogame loses its artificial character of playable simulation and becomes a middle ground to be explored and to be revealed through different media. Marco Mendeni’s artworks approach and weave the unsubstantial digital constructions of the videogames with the physical medium and places that gather them. This dichotomy becomes vector of their potential of meaning. 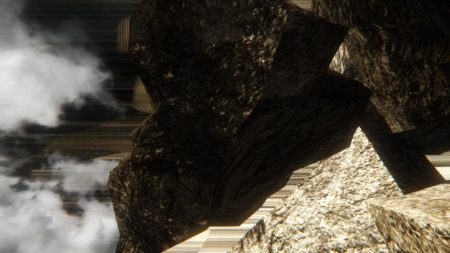