In recent years the production of digital cameras followed two general tendencies: improvement of image definition and reduction of the actual camera dimensions. Capturing an image that is a photocopy of reality, gives plenty of headroom to the artist to distort the image, maintaining the advantages of the high definition. That is because the artist doesn’t actually distort the definition but rather distorts the information that the high definition carries with it. The result of this distortion is moving images that resemble reality but actually they are not; they are moving images that blur the boundary between macro and micro. The reduced dimension of a high definition camera adds another layer to this process. Using a compact high definition camera allows the artist to locate it in places that were unthinkable before. It widens the point of view that the viewer can be associated with, challenging his/her perception. There is a big difference between placing a camera in a way that represents the point of view of a human being and placing the camera in a way that represents the point of view of a pebble. Actually the camera can assume not only the point of view of a pebble that is hit by a wave, but also its physical movement when that occurs. Water is a key element that dictates not only the rhythm of every camera movement but also the sound design which constitutes a direct translation of underwater noise into a sonic dreamscape. 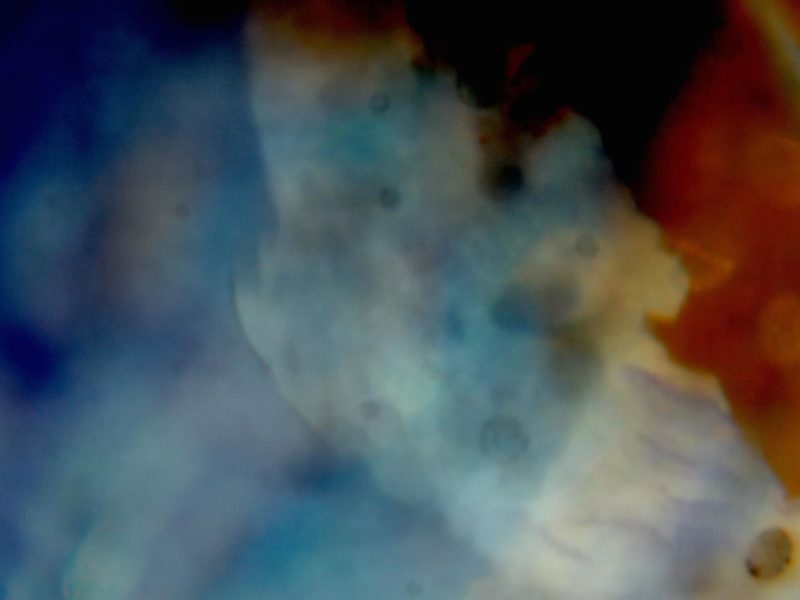