Vasilios Papaioannu (born 1978, Greece) is a filmmaker based in the State of New York (Syracuse, New York City), USA. Although Papaioannu was born in Greece, in his late teens he moved to Siena, Italy to pursue a BA and an MA in Communication/Text Semiotics at the University of Siena, studying with renowned semioticians like Omar Calabrese, Giovanni Manetti and Tarcisio Lancioni. He completed his degree with an experimental final thesis on the Contrast between Nature and Culture in the combined music video works of Michel Gondry and Bjork, supervised by Tarcisio Lancioni. During that time he also produced a series of Super 8 and HI8 films, in collaboration with the Humanities Cinema Group at the University of Siena, that showcased the work of artists located in the Tuscany region. In 2009 he was accepted with a Full Time Teaching Assistantship by the Department of Transmedia in the College of Visual and Performing Arts at Syracuse University, New York to complete an MFA in Film. In 2012 he concluded his studies receiving the 2012 Masters Prize Award by the university faculty for his outstanding work as an artist and scholar during the time spent in Syracuse, NY. Papaioannu has exhibited his work, in a variety of film, video art and new media festivals all over the world. He is as an Assistant Professor at the Department of Transmedia, Film, in the College of Visual and Performing Arts at Syracuse University, NY. 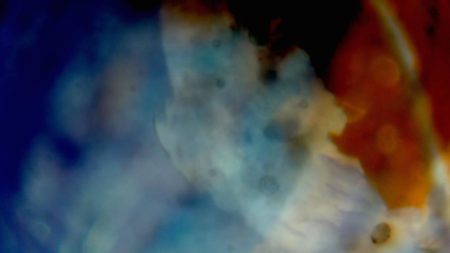