The footage of this film comes from one of the ancient capital cities in Thailand called Ayutthaya. The place is well known for ancient ruins and its historical tragedy, an invasion by the Burmese in the age of the Kingdom of Ayutthaya. The scene shows a security guard standing next to an ancient ruin site. The footage has been digitally modified and duplicated. By mirroring the image, a new image emerges of an entrance between trees that, in the words of the artist: “could be a gateway to a tragedy from the ancient past.” The image in this film as with many of Jung-Chul HUR’s videos creates a kind of Rorschach test for the viewer. Phantom images immerge from the patterns created by the reflected source material and figures sometimes mysteriously appear from behind the mirrored image. Like the Rorschach test, the interpretation of the work is largely up to the viewer’s imagination. The sounds in this film were recorded at the same time as the images were filmed. Voices from people at the scene and other environmental noises were blended and distorted together creating an eerie atmospheric effect. Again in the words of the artist “The “Entrance” in this piece is not just an entrance to the past but also an entrance to the viewers mind.” 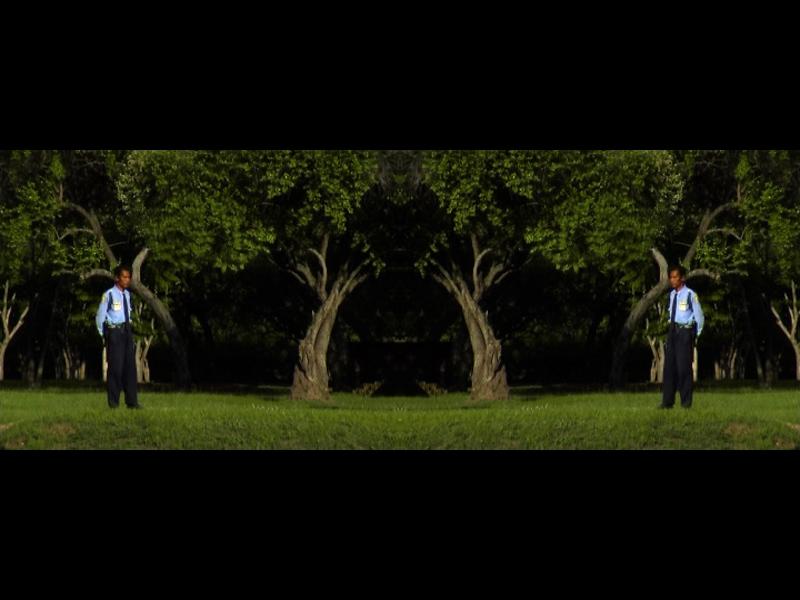 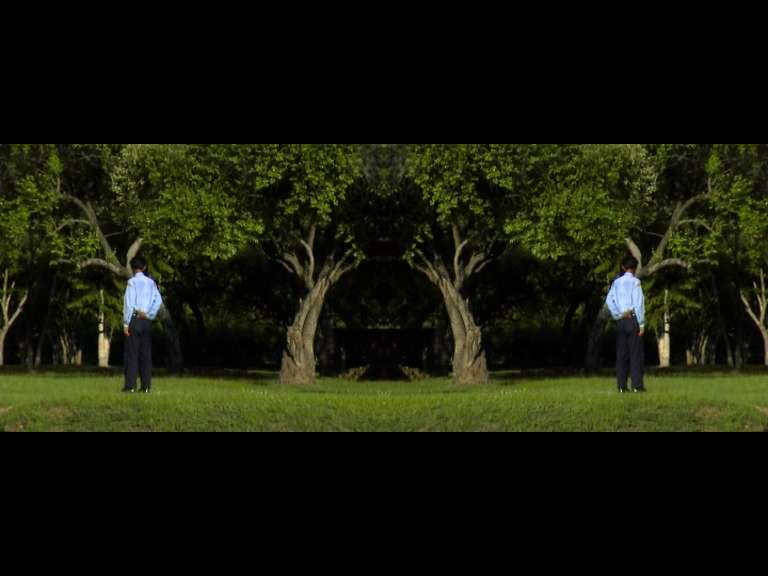 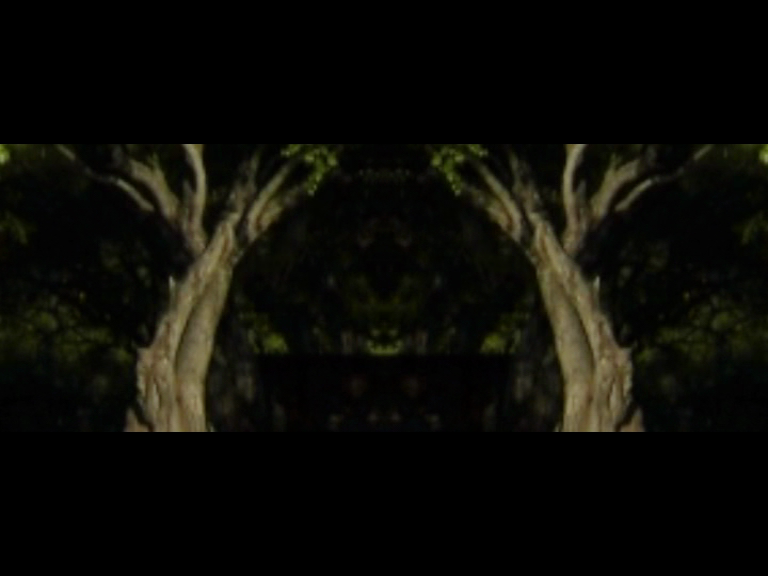