At an unspecified time and place, a woman sleeps on top of a television. “Innocent” and unsuspecting at whatever age she is, T.V. for her is her bed,her sleeping pill and the substitute of life. The dream of her higher self passes trapped through the T.V.screen.Could it be a picture of the future? Or is it her soul trapped in a projection already defined by others for her and for almost everyone else,a so-called “life”? And,finally,can she let herself be released? 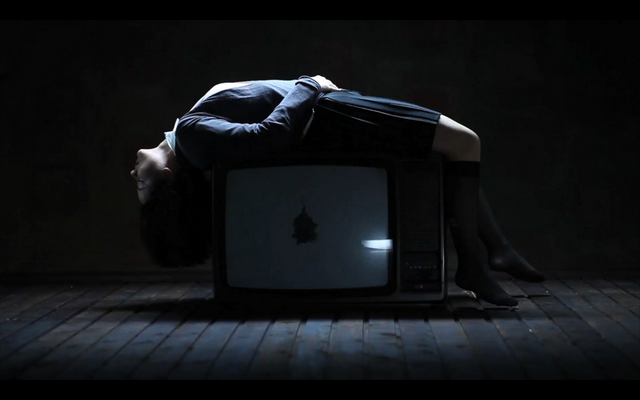 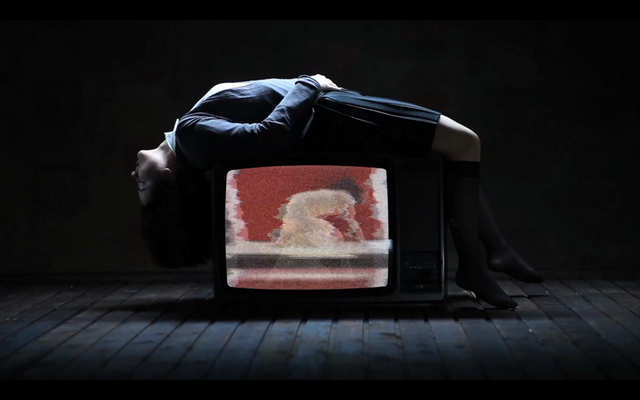 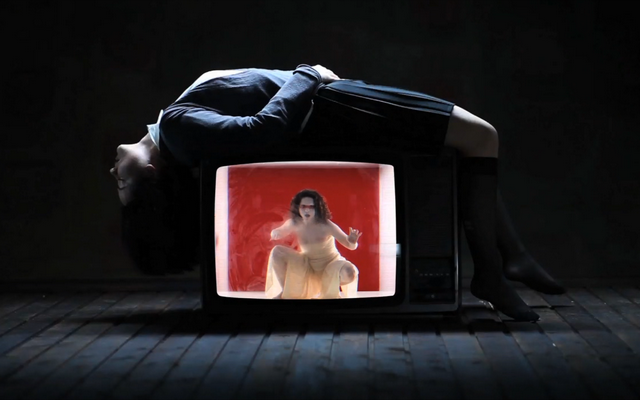