Part of the new generation of experimental cinema, she has developed her sensibility through painting, drawing, photography, poetry, video and installations. When she started her plastic arts studies, she discovered experimental cinema and it immideately seduced her. It was what she was looking for to explore and transcribe, by plastic hybridization (mixes of paintings made on the film; argentic, video and DV mediums), her trips and her sensorial experiences. Johanna Vaude’s first film to be created outside university was noticed by Nicole Brenez who showed it at the Cinematheque Francaise. From then on Johanna’s works have been acknowledged thanks to the first price of avant garde films in 2000, awarded by Maurice Lemaitre; to seasons such as the “Jeune, dure et pure!” festival at the Cinematheque Francaise or the “Cote Court” festival in Pantin (France). Since that, her films have been shown in many different places, like in Italy during the festival of Pesaro that acknowledged her whole artistic work. Her films are regularly studied by students and scholars. 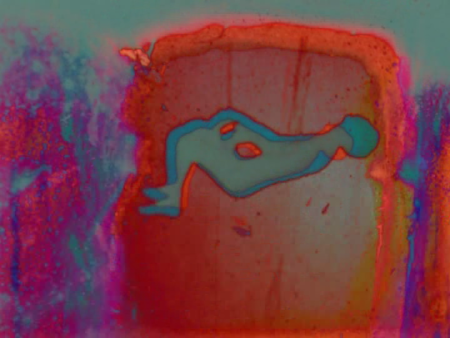