Juan Jose Surace: (b. Mar del Plata, Argentina. 1977). Has worked in the World of Animation since 1999.In the area of animated series he has participated in “Tph club” (Virtual toons, Barcelona), “Kumba Park” (Virtual toons, Barcelona), “Lacets” (Docon films, Barcelona). In the Video Games sector he has worked as an animator for “James Bond 007 night FIRE” for the Xbox. In 2006 and 2007 he worked as an animator within the team that created the on-stage projections for La fura dels Baus’ productions of the Wagner operas “Das Rheingold” and “Die Walkure” from the Ring Cycle for the City of Arts and Sciences in Valencia. (Urano Films, Barcelona- Espana). At the same, he has continued to develop his work as an illustrator and painter, enjoying a number of exhibitions in Spain and Argentina. In 2007/8 he produced several publicity projects for Urano Films who commissioned him to create designs for the characters and storyboard, as well as taking on the artistic direction and animation of a short educational piece, in 3D and stereo, on the life of bees (duration 8 minutes), shown at the Arnιs Museum, Catalonia. During 2008/9, returning to the theatre, he has worked on the animations for La fura dels Baus’ production of Wagner’s “Siegfried” and for the “Trojans” by the same company; he also worked on the piece “Aloma” for the group Dagoll Dagom. He has just completed the creation, direction, animation and production of “Saduj: His Confession” a 7 minute animated short film, and is now working in the pre-production stages of a new personal project. 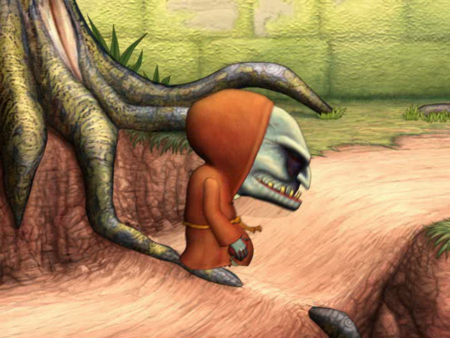