Ran Slavin (1967) is a Tel Aviv based film maker, video artist and sound producer. His work often oscillates from dream like narratives to science fiction and neo-noir. The cinema of Ran Slavin is the embodiment of radical recognition and sentient bewilderment in the urban fabric of a human reality that is dominated by forms and deprived of communication. A video artist who lets the signs and meanings of his works emerge from a symbiotic and convulsive relationship between sound and image, Ran Slavin searches for order in the chaos of the senses, produces a rational dysfunction of reality in digital form, elaborates a theory of audio visions in his films that view reality like an organic structure where forms and figures incessantly overlap. Stressing the concept of interference as an element that both absorbs and rejects the world’s signals, Slavin searches for a framework that can decode the organized and unsystematic chaos it encounters. Selected performances screenings and exhibitions include The Torino Film festival, Venice Biennial, Liverpool Biennial, Istanbul Biennial, an honorary mention at Ars Electronica [Linz], Transmediale [Berlin], Deaf [Rotterdam], Centre de Pompidou & Jeu De Paum via Rencontre Internationales [Madrid-Berlin-Paris], Netwerk Contemporary Art Centre [Aalst], Petah Tikva Art Museum [Israel] Winterthur Film festival. 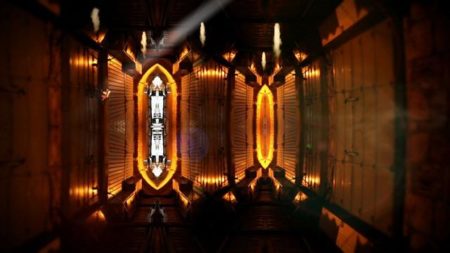