Jess MacNeil works between painting, installation, video, photography, often taking as subject the dynamics of the human/environment relationship. In 2009 she was included in Yebisu International Festival for Art & Alternative Visions, Tokyo Metropolitan Museum of Photography, and Rising Tide, Museum of Contemporary Art San Diego. She was a Graduate Affiliate at the Slade School, London 2007/8, after being awarded an Anne & Gordon Samstag Scholarship 2006. In 2007 she was part of the Museum of Contemporary Art Sydney’s Primavera exhibition, later winning Veolia Australia’s acquisitive prize. She was awarded the Fauvette Loureiro Memorial Artists Travel Scholarship and an Australia Council Grant in 2006. 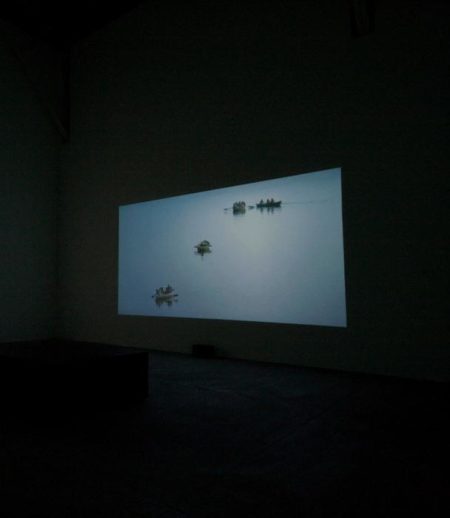 The Shape of Between (excerpt)