Sachiko Hayashi is a visual artist who primarily works in video and screen-based interactive works such as net art and CD-ROM. She completed her BA at Tsuda College in Tokyo in 1987 with an awardwinning undergraduate thesis on women’s issues, received MA with merit in Digital Media at Coventry School of Art and Design, Coventry University, UK, 1997, and thereafter two years’ postgraduate studies in Computer Arts at the Royal University College of Fine Arts, Stockholm, where she was chosen to be a personal student (Special Student Programme) for Prof. Max Book between 1999 and 2000. Hayashi’s works exhibit various degrees of digital image manipulation while focusing on conceptual ideas as their foundation. Through them she explores co-relation between image, conceptualisation in art, and discourses in philosophy and other social disciplines. Her works have been shown at many international festivals such as Transmediale, Berlin, Not Still Art, New York, Fluxus, Brazil, as well as at such venues as Leonard Nimoy Thalia Theater, NYC, Saitama Museum of Modern Art, Japan, and the Museum of Technology, Stockholm. Hayashi’s activities also include curating net art and organising video screenings in order to widen general interests in both areas. Notable examples of these activities are her foundation of DIAN network for net artists in 1999 and that of Hz Net Gallery (2003) for which she still curates on-line exhibitions twice a year. Since 2002 she is Chief Editor of on-line magazine Hz for the non-profit art organisation Fylkingen in Stockholm. Originally from Tokyo and having lived in the US and UK, she currently lives and works in Sweden. 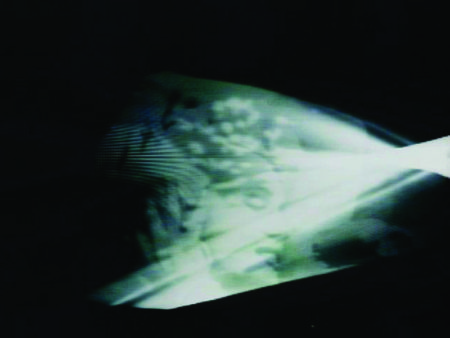