Hannes Seidl was born in 1977. He studied composition at the Folkwang-Hochschule with Nic. A. Huber, T. Neuhaus and with B. Furrer in Graz. He received different scholarships for his work including from the Darmstadter Ferienkurse, the Akademie der Kunste, the DAAD for his studies in Graz in 2003 and 2004, from the Bremer Landesmusikrat in 2006, Frankfurter Kόnstlerhilfe 2007 and others. In 2004 he formed the electronic-duo dis.playce together with Maximilian Marcoll and the web based label stock11.de. Hannes Seidl has worked in electronic music studios including the IRCAM (Paris), ZKM (Karlsruhe), Centro di Sonologia e di Calcolo (Padova), the Akademie der Kunste (Berlin), and the IEM (Graz). His works have been performed internationally with ensembles including Klangforum Wien, Ensemble Modern, Ensemble Oriol, Thurmchen Ensemble and KNM. IN 2008 he collaborated with Herbordt/Mohren. Their music theatre piece “Von Mucken, Elefanten und der Macht in der Handen” was premiered in the Opera Bonn. Also in 2008 the Piece “Falsche Arbeit” together with Daniel Kotter was premiered in Stuttgart. In August WERGO will release a Solo CD of his works. Hannes Seidl is living as a freelance composer in Frankfurt a. M., Germany. For more information please visit: www.stock11.de 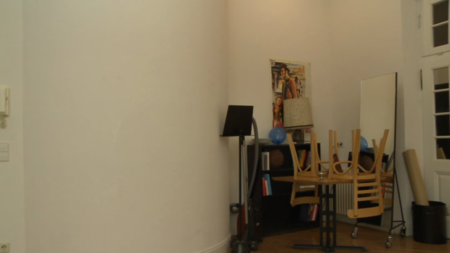