Fanny Hagmeier (1988) is a German visual artist whose work evolves around rather extreme physical experiences. She approaches her topics in a documentarian way- as authenticity and connecting close to the people is essential for her. She is fascinated about how versatile the body appears in adapting to constantly changing environments. She believes that pushing your own mental and especially physical borders is the essence of a flexible identity. She researched physical boundaries, their fragility and the visibility of those limits extensively in her previous works. These are experiences she visualizes either in a pure documentarian way or on the border between performing arts (dance and theater), intersecting with the film medium, which often result in video installations. Fanny Hagmeier has been working in various film-related jobs since 2006. For this work she has been travelling and working in the USA, Canada, India, Bosnia, The Netherlands and Germany. In 2014 she studied at the Academy for Performing Arts in Sarajevo, Bosnia and Herzegovina to extend her visual expertise and fascination for interdisciplinary works between film and performing arts. Her work has been screened and premiered at various places.She is currently finishing her film studies at the Royal Art Academy St Joost in Breda in The Netherlands. 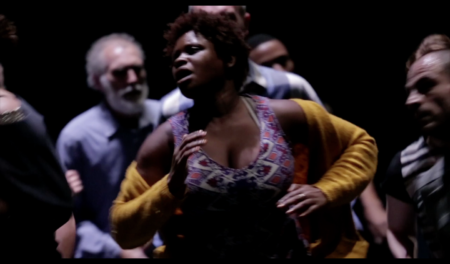