The recording of a region in a city is, by definition, an unstable and fleeting subject. The city cannot be regularly impressed because it constantly alters and transforms. The recording that was attempted includes incidents, atmospheres, impressions and changes that happened in the region of Omonia during the recording. It is constituted by splinters of notes and pictures, drawings and networks that are combined with the reality and produce reality, by incidents and absurdities which we usually supplant due to indifference and hastiness. 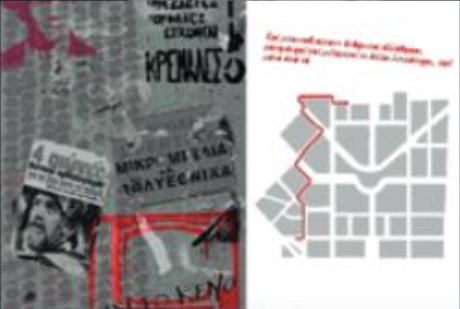