The work is a meditation of different perceptions of freedom within a confined space. Using two separate video screens, the work presents different ways of perceiving a fish in a fishbowl. Using a goldfish as its main protagonist, the work invites audiences to reflect upon short term memory and oblivion as a whole; a source of freedom and the ultimate source of confinement. In one screen we see the goldfish swim in and out of darkness, giving the illusion of infinite space in total darkess. In the other screen we see an overview of the goldfish swiming on top of an aerial map of a Palestinian city encompassed by the Israeli segregation wall. While the fish’s movement undermines the borders set up by the map, it is still cought up in a catch 22: where it is both free and confined at the same time. 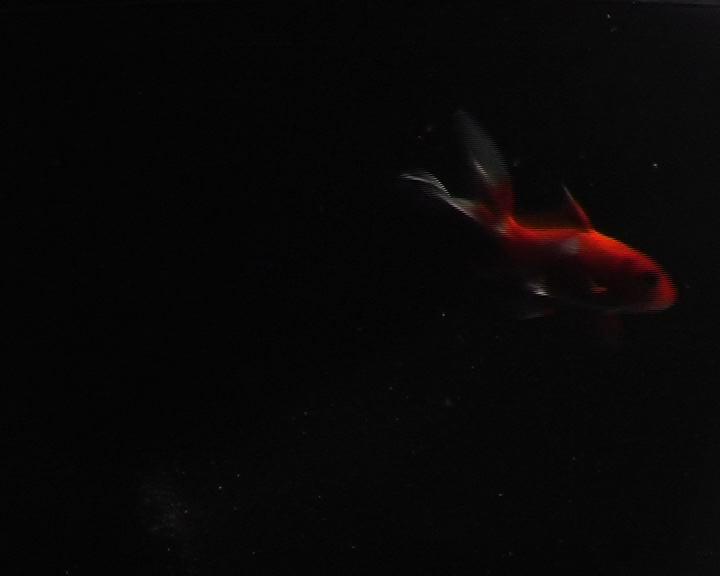 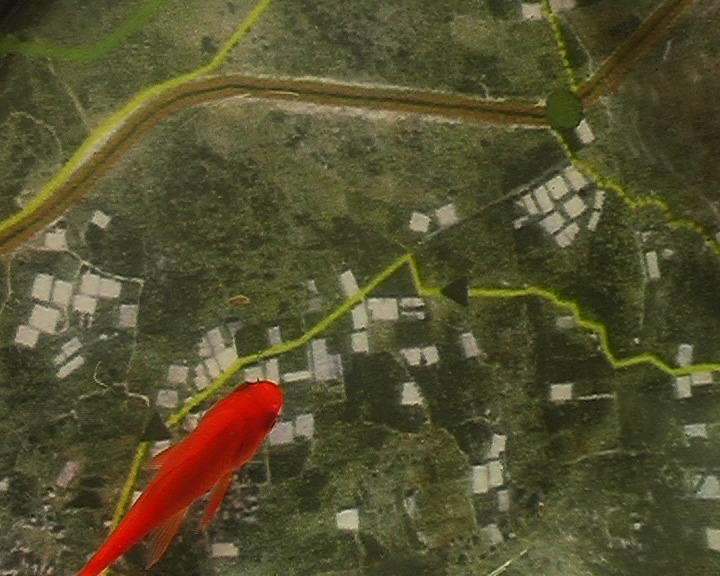 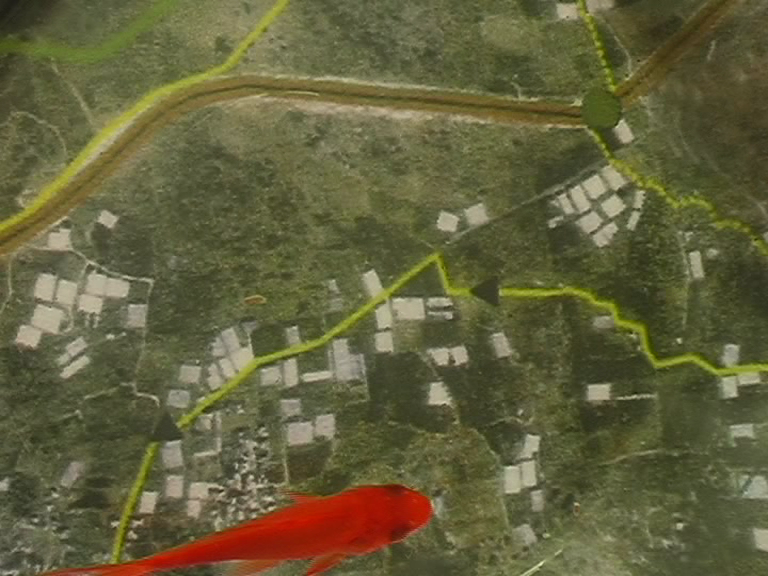