At the beginning, only painting existed, as a means of representing reality. Later, photography was invented and made accurate depictions of reality possible. Any photographed image was considered to be real, to exist. Photography became the proof of existence. When digital means appeared, the fact photography = reality was no longer true. This route of the image became the inspiration for my “travelling portrait” which travels from means to means. The procedure of the creation of the image was the following; at the beginning, I photographed the model. Afterwards, I edited the photo and I printed it on a plastic 1Χ1 m canvas. Then I painted on the printed plastic surface and I photographed the canvas. After that, I edited the image on the computer for the second time and I finished the piece with digital painting. That was the last destination of the “travelling portrait”. 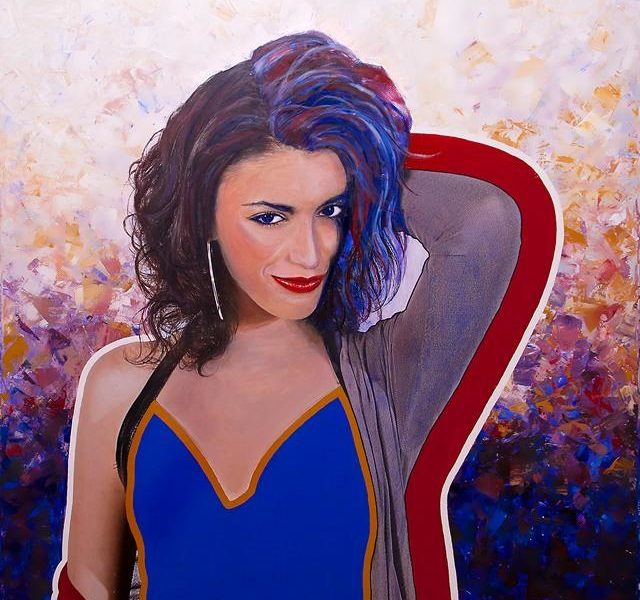