the sun hidden there

the work on this project began with an idea of a conversation between an operator of this facility and an apprentice. ‘When they were invented, we did not see the potential of these implements. At first it started as a gimmick, something to make money. But then, people started to behave kind of mesmerized. Began to forget phone numbers, meetings, birthdays, even names, also lost their orientation, unlearned social interaction and so on.We applied something to these units to assist them. It turned out that people wanted more of these helpful applications. And it went so far that they wanted these applications to be responsible for their actions. There was a notion of a externally pre-composed day, week, month, year, even life, so they don’t have to think and fear of anything any more. We almost accomplished all their aims within this device….’ He continues by describing this dystopian machine and the decisions that lead to its construction. I wanted to visualise this Moloch 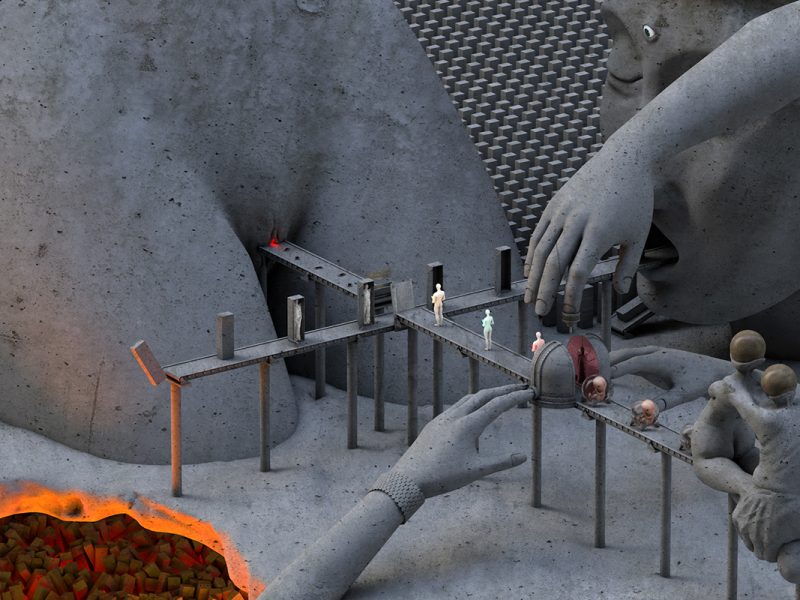