Being today means “being-digitized”. Will we only begin to exist when we have been replaced by a simulacrum of ourselves? The experimental video interweaves real footage and virtual reality elements. Documentary footage of people sitting at a river in Seoul mingle with the images and edited comments of two YouTube reviewers of a VR relaxation game that simulates a flight over an animated virtual River. In this work I’m interested in the relationship between imagination and immersion and the proximity of the salvation formulas of a VR industry to Far Eastern philosophy of emptiness. 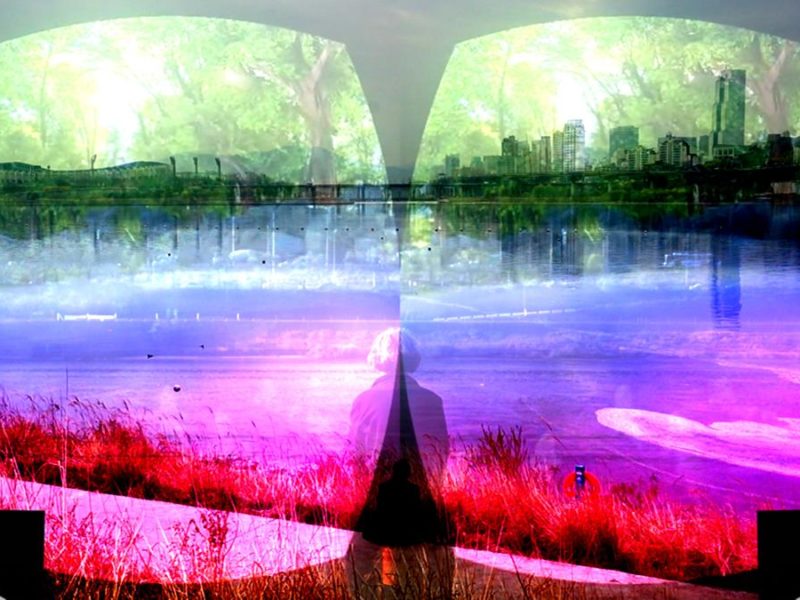