All but two of Japan’s fifty reactors remain switched off after the Fukushima plant suffered meltdown and explosions, following an earthquake-triggered tsunami in 2011. In December 2012, the new government allowed nuclear reactors to resume operations while giving priority to the regulator’s safety assessment, although the majority was against it. After the nuclear disaster hundreds of Japanese people started to monitoring the level of radioactivity using simple Geiger counters and uploading the results. In Radio Nippon these feeds are being mapped to sine waves. Thirty annoying frequencies are added together representing thirty different cities in Japan. Using part of the endless streams of data in the Internet this particular work attempts to focus on the affects of the nuclear disaster in Japan. The work is presented like an interactive installation, including a projection and a laptop where the user can change the volume of each sine wave using sliders. Radio Nippon was produced using Processing. 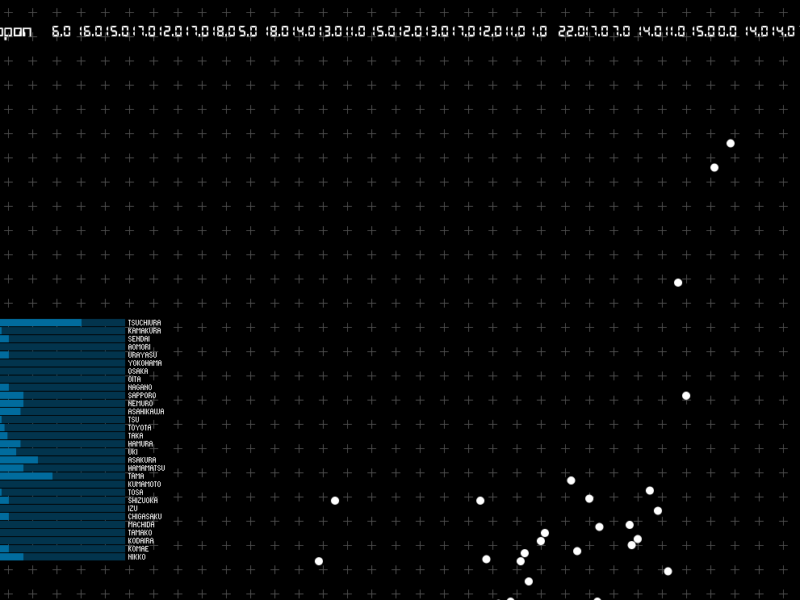 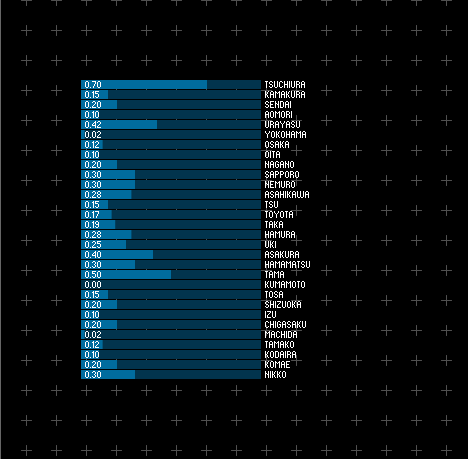 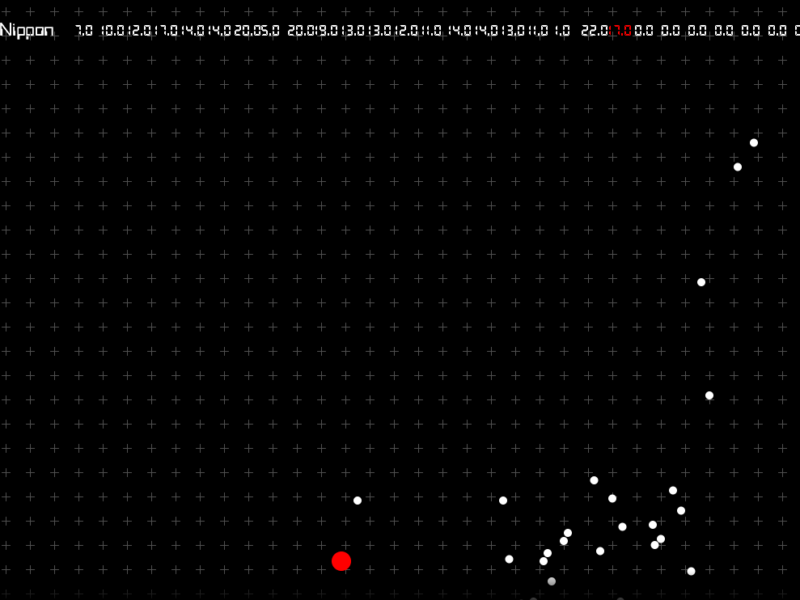