QUARKS is a projection-mapped painting, which unfolds the interaction among 3 different quark of art: Painting, animation and sound design. Quarks are never directly observed or found in isolation; their strong interaction with others is mediated by chromo dynamics. Particles are constantly exchanged between quarks through a simulated emission and absorption process. When a particle is transferred between quarks, a color change occurs. In Quarks, chromo dynamic are initiated by GizemRenklidag’s painting technic, which can be described as analog materialization of viscosity among particles of dyes. Ahmet Said Kaplan digitally re-fluidizes the materialized dye particles on canvas and augments a new dimension of time and matter by generating the color emission and absorption processes. FilizSert creates the third interaction fold by cosmic sounds. Fractal folding processes of quarks of projection-mapped dye particles reaches to macro dimensions by way of ultra sounds. While each quark particle’s color constantly changes, their strong interaction is preserved. 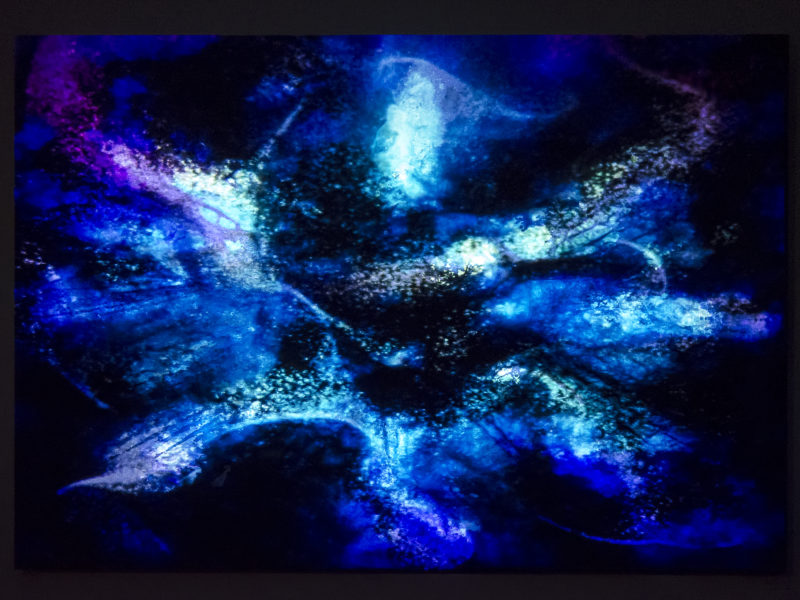