“The term “Black Hole” was adopted by John Wheeler (1967), describing a region of spacetime exhibiting such strong gravitational effects that nothing, neither Matter, nor Light would be able to escape from inside it. This “Εvent Horizon” within which both Particles and Energy collapse into an unpredictable Singularity, ignoring any established physical Law and capturing inside it any form of Information, was the starting point of inspiration for this piece.
The viewer, once found within the Event Horizon, gets trapped in a personal experience of unremitting consecutive stages: Attraction and Inability to Escape, Catalysis / Abolishment of Information and Identity, and finally Compression / Annihilation in the Singularity. 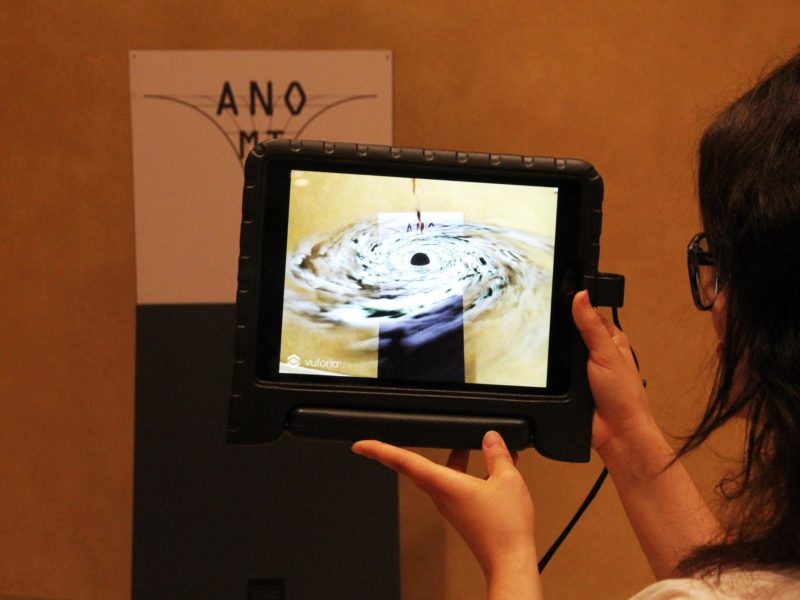