The video shows a pilot who practices aerobatics. He is preparing himself for an airshow in which he must convince the jury of his acrobatic figures and movements in the sky. We see the pilot demonstrating the precise gestures and movements, that him and his plane have to perform in reality, when flying. These gestural movements indicate repetition, continuation and transmission of acts that are being digitally translated during the show. This form of preparation is necessary for each pilot who practices aerobatics because the maneuvers are, in reality, very precise and calculated. It is important that they know their course blindly out. In this case we must rely on the human memory rather than the technological aspect. 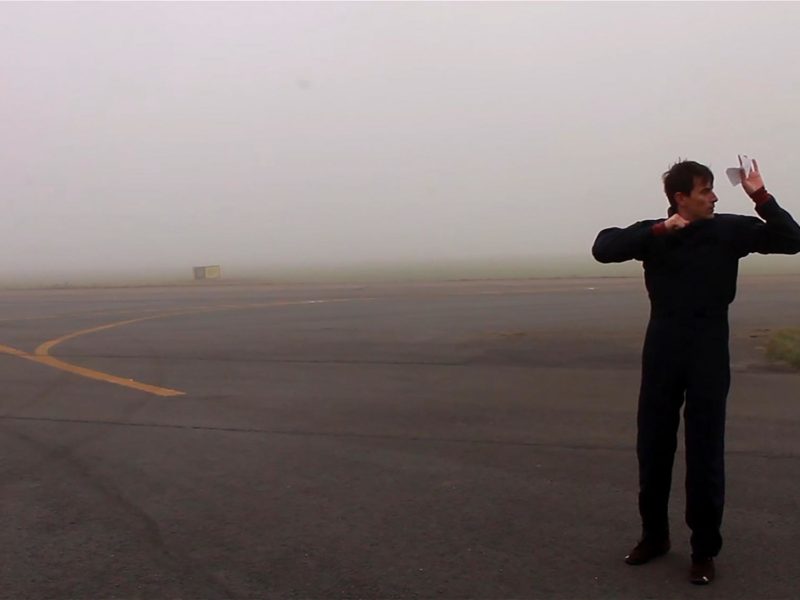