112X112cm. When a child, I had seen the painting of a princess in a book. It was titled Infanta Margarita, painted by D. Velazquez, detail. Until then, I had a different picture of a princess in mind, sculptured by the fairy tales I had read and the classical comics of the times. I often refer in my work to the work of past painters. Perhaps in this way I try to rationalize this very element of their work that enchants and influences me. It was not my first time to utilize the digital drawing pad. I started with the drawings of the movement of a series of birds. Then I created the maiden by memory. What I had in mind was to create a motion-gravure that would offer a sequence of prints, almost as many as the created frames of motion. For this reason I drew flat forms, basically on black and white. Printing was done on Hahnemuhle, German etching, cotton paper 310 grams with special inks for an Epson Stylus Pro 9900 printer. While printing the frames I was lead to compositional interventions that shaped the final form of the animated drawing. My present print resulted from the animation. 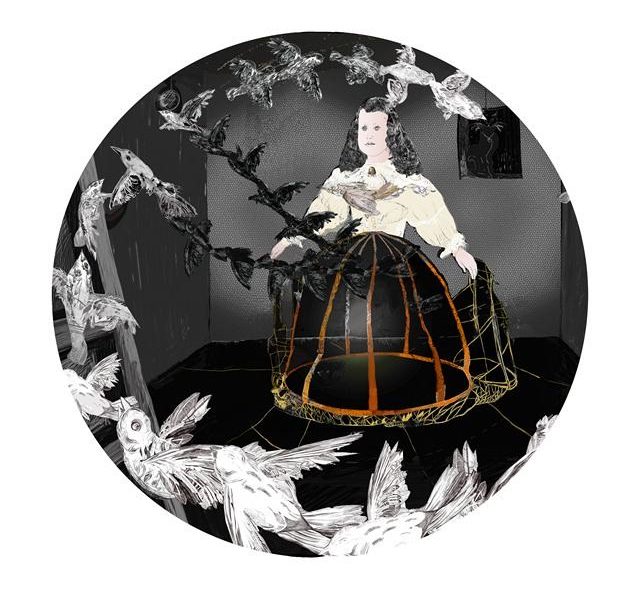