“In Return” is an audiovisual installation that refers to myths and narratives about time, fatherhood and longing. The work originates in body actions recorded in video. The video and sound are presented as an installation, gaining spatial & monumental functions. It is a synthesis between a live experience and recorded facts. As the visitor steps in, he/she experiences echoes of earlier events. Here, the video medium is a residue of a past time, a consequence of a human body that was once present in the same space. Two projectors are used to create the images. They both project simultaneously on the same spot, layering the two channels of video and creating live the final composition. The work borrows pre-existing texts and images. There are passages of Paul Auster’s book “The Invention of Solitude”, a Brazilian traditional samba song, references to Joseph Campbell’s myths analysis, among others. This material is recited by a voice while the video of the body actions is shown, in a succession of audiovisual fragments. It was developed as part of an academic master research (Interfaculty ArtScience 2010-2012, The Hague – The Netherlands). 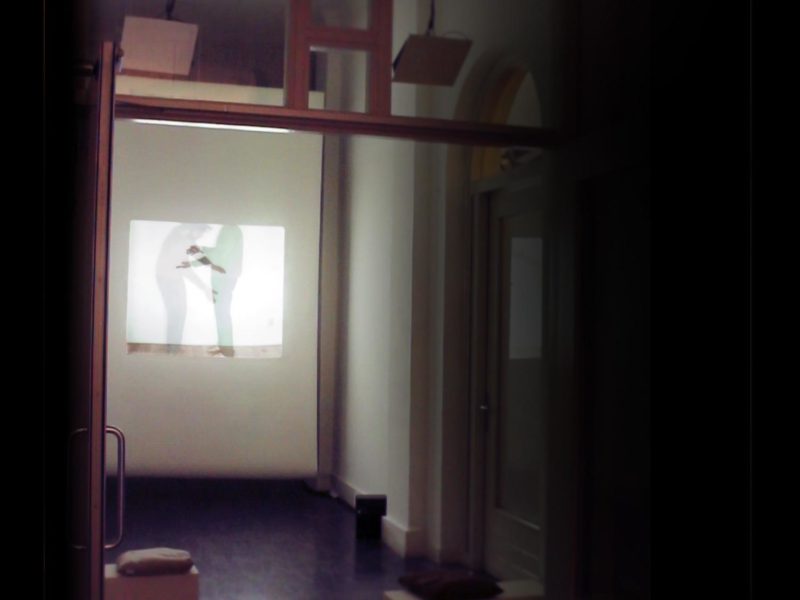