Curated by IKON Gallery, house-Birmingham was constructed between the 10th and the 21st of May 2004 in the middle Centenary Square in Birmingham. Over a period of twelve-days, two groups of builders simultaneously constructed and deconstructed a series of house shells reminiscent of two interlocking terraces. Five metres high, they were juxtaposed via a rotational symmetry and built from lightweight cellular concrete blocks, involving a new fast-bonding dry-assembly construction technique. The process had been synchronized so that the construction and deconstruction was choreographed sequentially: The opposite segments of the two terraces slowly moved around each other until house-birmingham was completed. Two separate terrace structures had been built in the same place at the same time. 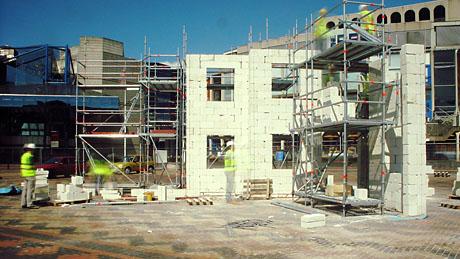 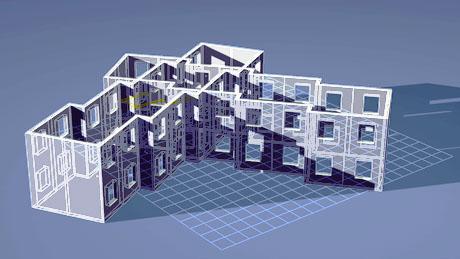 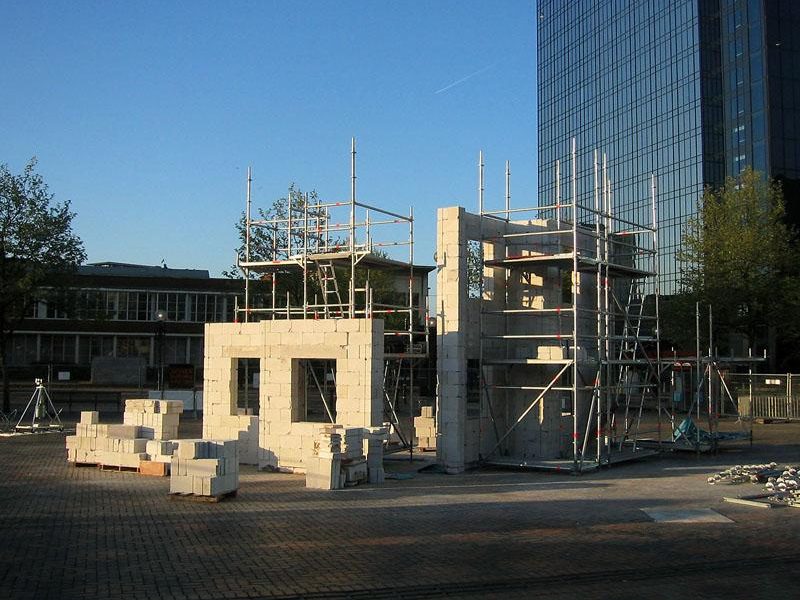