DININGTABLE ll– The Time Curve
Video, 7 min, 2012-13
Ten performers (choral members) are sat around the table.
Their faces are covered with scarves so they can only feel by touching. On the table, between their hands, the symbols lay: weapon, ash, fire, book, box, scissors, water, cards, branches, body.
At the head of the table is Supermarionetta: She will lay the cards on the table and reveal the prophecy so that everyone can dive in the curve of time. Then the second self will appear.
The hands play the lead role. They co-operate and try to find a new language: It will lead to the conversation and finally to the decision.
*The performance was filmed at Vyrsodepseio Theatre and was open to the audience that could attend the action in real time along with the soundscapes and improvisations of Vally Ioannou. 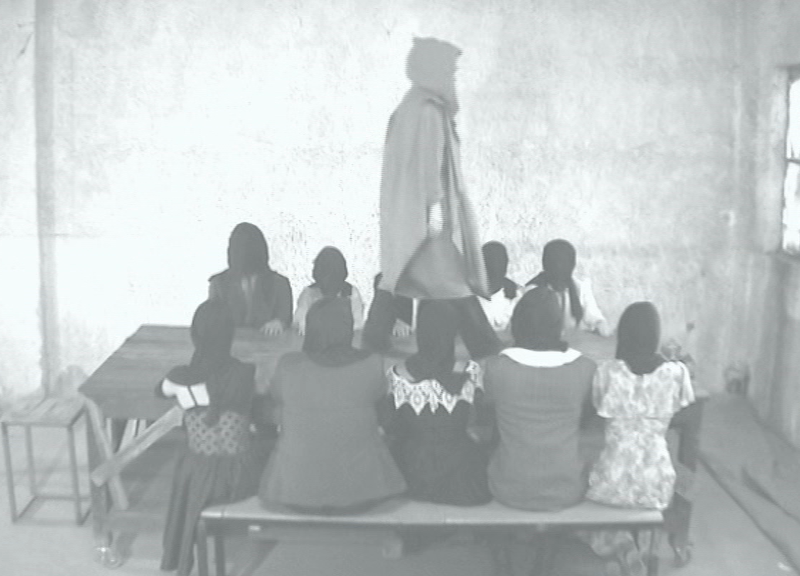