A commentary on Warhol’s Film Blow Job, this video explores the relationship between the recognition of form and the perception of movement. It uses a motion-tracking software created by the artist to analyze the movement of the man’s face in Warhol’s film, dissolving it into a multiplicity of abstract forms. The experience of looking at the screen thus becomes a struggle to recognize the human face in the process of its formation, mutation, and dissolution. Figure is movement, and movement alone gives birth to the figure. Blow also includes quotations from various philosophers, including Gilles Deleuze, Stanley Cavell, and Maxine Sheets-Johnstone. These quotations raise issues about movement, recognition, and the nature of fiction. 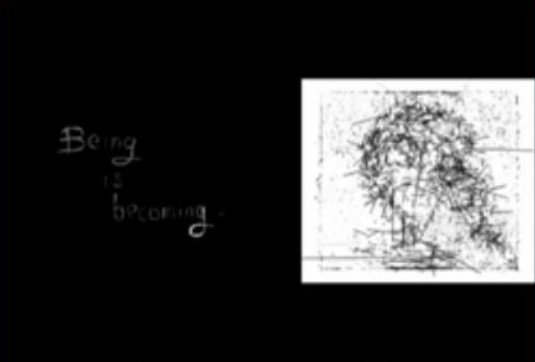