How can we define Japan? What is racial consciousness and how, as individuals, can we define our ethnic identity? “Identity” can be only recognized where there is a difference. How do we define who does and who does not belong to a nation? Are we competent to racially identify others or is our racial identity something that we can only define by ourselves? My national identity was built among non-Japanese people who told me that I was Japanese. My ethnic identity is what I have received from my family and friends, who gave me love and shared their existence with me. In this context, I feel that my origin is marked under my skin. Laughter is what I identify with being Japanese. We laugh not because something is funny but as a physical outlet. It is a process of mentally accepting what has happened and also what now is. We laugh in order to be able to consider the past as a springboard that projects us into the present. We can only be here and now and perhaps go forward. The title “Blond Ambition” comes from my experience in Japan during the late 90’s. A couple of years after the economic bubble had popped, it was hip to get jobs at newly opened Western company branches. During this time, when passing through Tokyo subways, I was surprised to see that many people of all ages had dyed their hair from black. I saw that this period was an important social transition in Japanese society. I hope this work will give you a first taste of Japan as well as bringing another perspective on the balance between national and personal identity. 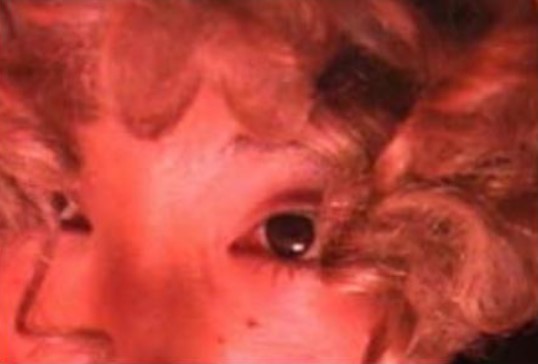