‘Apapa Amusement Park’ deploys the use of the ‘Rotate 1 Mechanism’ — a rotational architectural device that probes space by altering perception. Once a fully operational playground in Lagos, the amusement park is now abandoned and devoid of its thrills. The film captures a group of teenage boys playing football – momentarily animating the blank space as the eagerness of the game hints at the former fun-filled atmosphere of the park.

Made from found objects, the ‘Rotate 1 Mechanism’ takes its cue from the playground’s rotund geometry. As the mechanism is turned by hand, it offers
a panorama of the playground. Circles of concrete which once acted as foundations
for the playground’s features, now redundantly divide the absent space.

The moving image is intercepted by the mechanism’s convex glass, which moves simultaneously with the camera to magnify aspects of the footage – almost like a stutter. This pattern is further enhanced by the editing technique; the moving image is divided into seconds, and then pieced together again to form an almost fluid but disjointed picture.

In a sense, this intensified, yet somewhat playful shift in perspective, is almost like a slow pause in a game of tag. As one scene jumps awkwardly to the next, the abruptness essentially becomes a reflection of the playground’s fragmented spatiality. 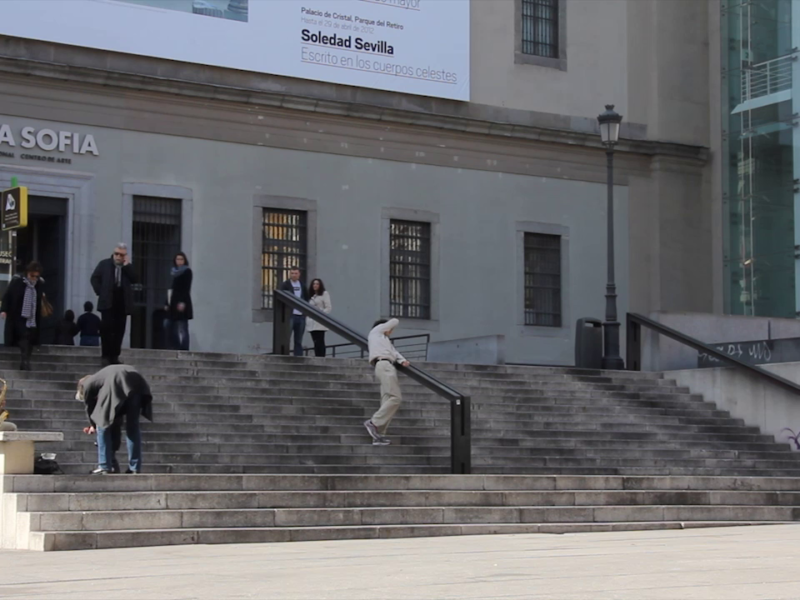