Larissa Sansour is a Palestinian artist working mainly with video and installation. Her work is political, often involving disturbing footage from the occupied territories and slick and recontextualizing soundtracks. Sansour received her Fine Arts education in London, New York and Copenhagen. She has shown her work in various solo and group exhibitions in America, Asia and Europe. She recently received an honorary award at the Ramallah International Film Festival. Sansour was born in Jerusalem but currently lives and works in Copenhagen, Denmark. 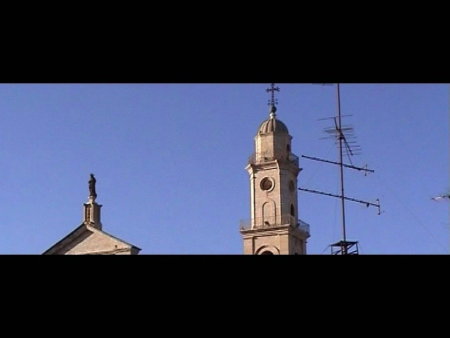