Originally from North Yorkshire I spent a few years at Oxford studying Classics, drawing cartoons, painting and designing theatre sets. I then moved to London to earn a living. But I ended up making experimental films. These films were mainly live-action and partly inspired by my interest in early cinema. The most successful, The Commuter, was shown at around fifty international film festivals and special screenings. In 2005 I attended the Berlin Talent Campus. Since 2005 I have concentrated more on animation. My studies at the Royal College of Art and my sideline as a Flash animator led me towards more traditional animation and my graduation film is almost entirely hand-drawn on paper. 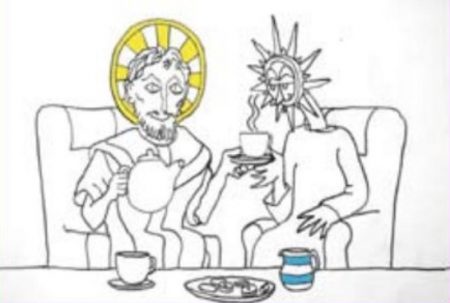