Petros Papadopoulos is a London based, award-winning animator and photographer currently working for Cartoon Network as a storyboard artist. In 2005, he won the Channel4 animation competition Ideas Factory with the movie “How evil went to Paradise”. This movie has also been nominated for best short animation in the Black and White festival of Portugal 2006 and has been short-listed at the Super Shorts Film festival of UK 2006. Petros has been shortlisted two times at the Nokia Shorts Competition. In 2005 with the live action movie “Date by Date” and in 2006 with the animation “Reincarnation”. Daniel Glynn: A Graduate of the respected Surrey Institute of Art and Design BA Hons Film production Programme, Daniel won several awards (IAC Best International and Best British Film 2000, Runner up at the Royal Television society awards 2000) for his Graduation film “Betty and Sam” which also enjoyed screenings throughout Europe and the UK (Including Kinowelt film festival, Dublin and at Bafta). Working in both long form television and promotions since then, Daniel has produced and directed 3 series of Sci-Fi Channels cult Friday night show “Headf?!k” hosted by Conspiracy theorist David Icke and has directed and produced promax award winning promos, vignettes and interstitial programming for the likes of CNN, Sci-fi, Cartoon Network, Nickelodeon, Foxtel Australia, Flextech. Recently Daniel has moved into commercials where his recent “Star Wars” launch campaign for the action figures was highly commended by none other than George Lucas himself! N-Ice Love marks the first joint project with animator and Director Petros and Daniel hopes it will be the first of many collaborations. Daniel has also set up a small production company “Ad Hoc films” purely to develop and produce short and long form television and film projects” 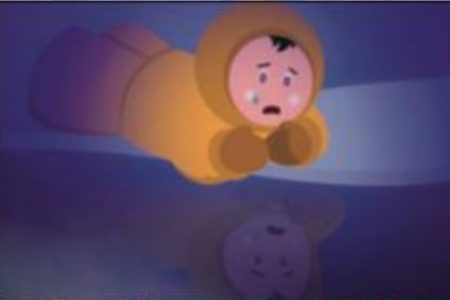