After a Design Diploma from Art College in Warsaw, in 2003, Magda studied at the National Polish Film School in Lodz, graduating with an MA in Animation. Her graduation film, Joyets (Radostki), won numerous awards including the Visegrad Medal of St. Vojtech at Babiana, a distinction at Reanimation and Era New Horizons and 2nd public prize at Solothurn. In 2010, Magda did a MA course at NFTS on Animation Direction. Her graduation film Zbigniev’s Cupboard won the Audience Award at London International Animation Festival, Best Animation Award at IIFF in Romania, Best Student Film at Balkanima, Belgrade, Best Animated Film at Regiofun, Poland. It has been nominated to the MPSE Golden Reel Awards, Los Angeles. Magda has recently finished a pilot for a television series Joyets with the Illuminated Film Company and Spirits of the piano produced by Breakthru Films. Spirits of the piano is a part of the feature film The Flying Machine. It is a 3D stereoscopic puppet animation. 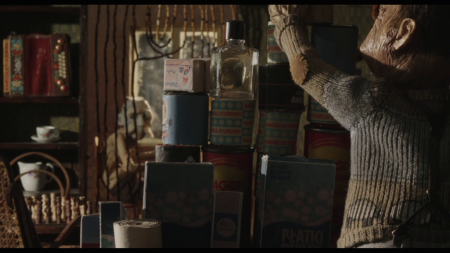