Born in Tehran, Payam Mofidi is an Iranian painter, video artist and animation
filmmaker currently based in Montreal. He obtained a BA in Graphic Design in
2005 from the Azad University of Art and Architecture in Tehran and graduated
with honors from l’Ecole Nationale Supérieure des Arts Décoratifs of Paris in
2009. Payam Mofidi has shown his works nationally and internationally in solo
exhibitions including; Assar art gallery Tehran (2012-2014), MAI Montreal
(upcoming, 2015), Ferry Gallery Bangkok (upcoming, 2015) as well as a great
number of festivals and group exhibitions. Among the grants and prizes he has
won are the CALQ Research and Creation Grant (2014), SODEC Grant for Visual
Artists (2014), MAI Mentorship Grant (2015) as well as the jury’s special prize of
“Rythmetic” International Festival (2010). 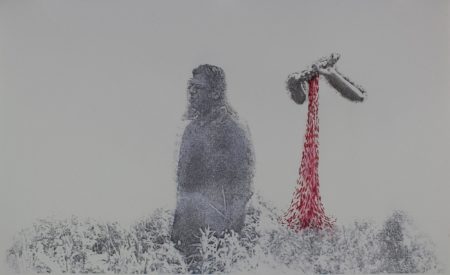