Dimitra Mitsaki is a director, writer & video artist, also known as Fish Lily. Born in Thessaloniki at 1986 and currently lives and works in Athens. She studied Filmmaking in Berlin, where she lived and worked from 2010 to 2015. Her writing debut is the theater play Don’t Forget to Home and it was presented in various venues in Berlin and in Athens. She has done 4 short films. Her work focuses on socio-political aspects and she recently launched the online documentary series, the Cockroach, which discusses the interaction between art & politics. / Kristin Mudra is a director based in Berlin. She studied Philosophy in Cologne and Fillmamking in Berlin. She has directed 3 short films and a music video. 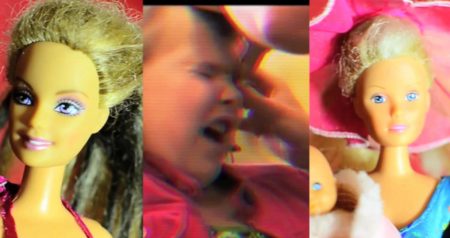 We need to talk about Barbie