Makiko Fukaya was born in Ibaraki, Japan. She moved to the United States in 2001 and received her Bachelor of Fine Arts degree in Graphic Design from the State University of New York at New Paltz in 2006. While she started her career as a designer/art director for print and web media, she grew interest in art and design in motion graphics. She decided to pursue her career in Computer Art. In 2008, she moved to New York City to study at the School of Visual Arts and received her Master of Fine Arts degree in Computer Art in 2010. 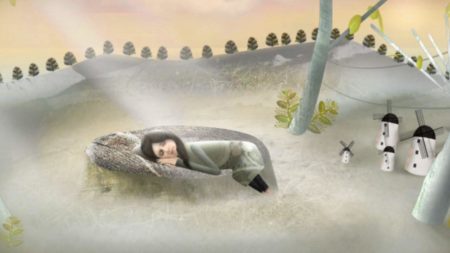