Paris Legakis was born in 1981, Athens, Greece. He graduated from the Athens School of Fine Arts in 2009 and in 2010 he won the scholarship from Panayioti and Efi Micheli institution. He finished with honors his MFA in Public Art and New Artistic Strategies, in the Bauhaus-University of Weimar, Germany (2010-12). In March 2013 he was in the residency program of Incheon Art Platform in South Korea, while he was invited afterwards to Honguen Seoul Art Space residency. In September 2013 he participated in R.I.C.E. ‘The Choreography of the humans’ residency with Michael Klien in Hydra, Greece, and he was selected in the 3rd Thessaloniki Performance Biennale, for the parallel program ‘Artivists for Change’.

His work balances between visual and performing arts. Participation, vivid interaction and structured ambivalence are some of his projects’ characteristics. Currently, he researches the concepts of ‘social borders’ and ‘theatricality in everyday life’. His public interventions have been realized in Europe and Asia, while his works have been exhibited in Façade Video Festival, Plovdiv (2013), CAMP, Athens (2013), Documentary Art Asia, Chiang Mai (2012), Marta Museum, Herford (2011), Weltecho, Chemnitz (2011), 50th International film Festival, Thessaloniki (2009). 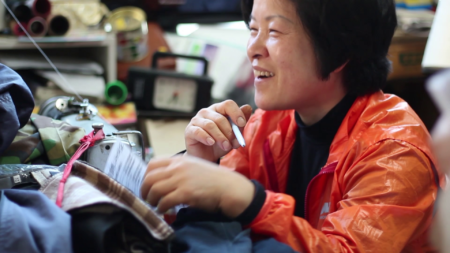