Theodoros Giannakis was born in Preveza 1979. He studied painting, sculpture and new media at the Athens School of Fine Arts. He attended the postgraduate course Digital Media Management of the Metropolitan University in London. In 2006, he took part in the group exhibition “What remains is future”. Several participations in group exhibitions followed: A fresh, A new generation of Greek Artist, Athens (2013), Young London, London (2012), DASS Media-London (2011), Polline e Cerniere, Swiss Institute, Milan (2010), The R3turn Call: Singularities in Transit, Athens (2011), BYOB Venice, The 2nd Internet Pavilion for the Venice Biennale, Venice (2011), Showcases of Wander, Athens (2010), Neoerotica, Action Field Kodra, Thesaloniki (2008), Once Upon a time in the West, Nova Gorica (2009). He is also co-founder of Kernel Ops. He lives and works in Athens and London.

Ilias Marmaras is an artist. He studied at the university Paris VIII. He is a co-founder of the New Media Arts collective Personal Cinema. He writes articles for newspapers and magazines, and he directs projects mostly concerned with game art and political criticism like: Banoptikon, The making of Balkan Wars: the game and Folded-in. He is also directs and produces documentaries.

Ned Rossiter is Professor of Communication at the Institute for Culture and Society, University of Western Sydney and teaches in the School of Humanities and Communication Arts. His forthcoming book is titled Software, Infrastructure, Labor: A Media Theory of Logistical Nightmares. Currently he is coordinating with Brett Neilson the tricontinental research project: Logistical Worlds: Infrastructure, Software, Labour.

Brett Neilson is Professor and Research Director at the Institute for Culture and Society, University of Western Sydney. He is author, with Sandro Mezzadra, of Border as Method, or, the Multiplication of Labor (Duke University Press, 2013). Recently he co-edited an issue of South Atlantic Quarterly entitled “Extraction, Logistics, and Finance”. With Ned Rossiter, he is currently coordinating the tricontinental research project Logistical Worlds: Infrastructure, Software, Labour.

Yannis Scoulidas has 30 years of experience in the field of IT, publishing, software and hardware multimedia installations and websites. For the art collective Personal Cinema, he has programmed 3D games and their online versions. He has taught on multimedia and sound technology. His music studies (saxophone, flute, theory, improvisation) as well as his contemporary dance studies (“14th day” group) dynamically trigger his creative thought in every new project. 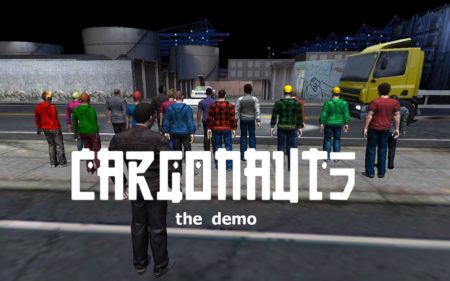