Florian Kuhlmann is a German artist, coder and curator. His work has a strong focus of the digital realm. He is a founding member of the german artblog perisphere.de, and has invented several exhibition-formats like Transprivacy, the netlabelnights and the #LocalNon. In 2014 he launched the #digital3mpire, a gallery space dedicated to digital and net art in Düsseldorf. Since 2006 he is working on a project called THE GIFT, which consists of a series of highly detailed digital collages, each of them created out of thousands of pictures that Kuhlmann has collected from the Internet. After finishing one of these digital images, he publishes the work online under creative commons license, available for free to everyone. After experimenting with open access for more than 10 years now, since 2013 he started working with the concept of closed access, the #LocalNon are part of this. 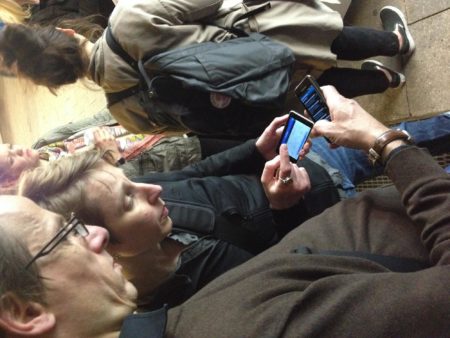