Avi Krispin (b. Israel, 1980) completed her bachelor and master’s degrees at the Gerrit Rietveld Academy (2006) and the Sandberg Institute (2008) in Amsterdam where she is currently based. She works with short films, video installations and photography. She attended the prestigious artist residency Skowhegan School of Painting and Sculpture in 2009, was nominated for the ISMAF award and won the AIAS prize of honor in 2006. She has exhibited internationally, and at festivals including the Kassel Documentary Film & Video Festival, the Moya Museum of Young Art in Vienna, and the Rietveld Arsenale in the Venice Biennale. 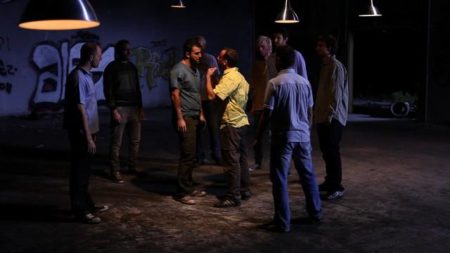 There Was a Time When Men Died For Honor