Spyros Koudounas, in 1981 begun his studies in classical guitar and in 1994 he continued the classical studies in the music college of Thessalonica. In 2000 he attended in seminars for Music technology in the music school of Phillipos Nakas. During this time, he starts composing music with computers and cooperates with the dance-theatre team “Figin Adunaton”. He also starts composing music for theatricals which also participated, such as “11th Biennale of upcoming artists”, “Kerbia” and many others. Along with the music, he starts being occupied with the picture of doing Live Visuals, Video Art and montage of static and motion picture. In 2003 he cooperates with the company of dance-thatre “Sinergio Technon” by composing music and video art for that team. In 2005, he participated in the social event “I Care”, for the “Social Psychiatric Hospital of Athens” where he created a 15minute documentary about the rehabilitation of people with psychiatric diseases. In 2006 he created virtual scenes (Visual and Video art) for “Sinergio Technon” and the show “Horizon” which was presented in the “Athens Concert Hall”, during the “2nd Platform of Dance” which had very good critics. He also directed and montage the presentation of the editorial house “Intro Books” (Periplous). He’ve created various public advertisement spots and DVD author for magazines of Imako Media S.A. [Maxim, Esquire, TopGear, InStyle] 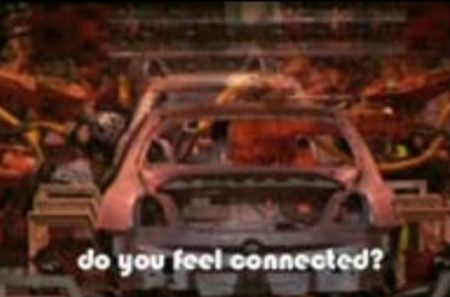 Do You Feel Connected?