Michael Koerner earned his B.F.A. in Printmaking from Herron School of Art in 1996 prior to embarking on a career in graphic design that led him from a local ad agency to undertaking visually based cultural and marketing research throughout the US, Germany and Slovakia. In 2000 he relocated to Scotland and earned an M.F.A. in Painting from Edinburgh College of Art. Michael remained in Scotland for another 5 years and combined his art practice with adjunct teaching in drawing and painting at Edinburgh College of Art and working at the Garvald Centre, a Rudolph Steiner based art center for adults with learning disabilities. In the fall of 2007, Michael moved back to the United States. He is currently an Assistant Professor of New Media at Indiana University. Michael has been involved professionally in the arts for nearly 20 years and has a genuine, long standing record of utilizing an interdisciplinary and socially responsive approach. Satire is the thread that runs through the majority of his art practice. Michael’s work has been internationally exhibited and recognized by Sothebys, Bonhams and Phillips Auctioneers and resides in permanent corporate collections in the US, Scotland and Northern Ireland. In 2015, he exhibited in Chicago, San Diego, Louisville, Rochester NY and the Chesapeake Bay area…winning the juror’s award for his animation “The Shape of Heroes & Villains” from the Annmarie Sculpture Garden and Arts Center in association with the Smithsonian Institute. 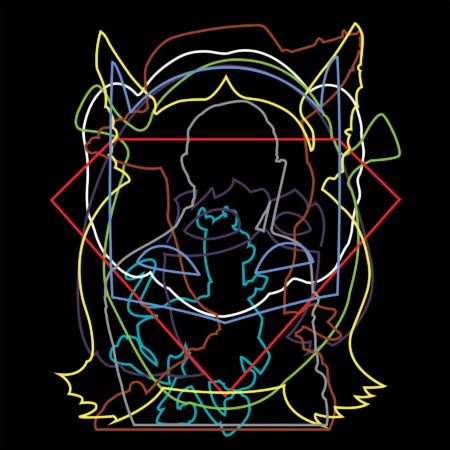 The Shape of Heroes and Villains