Wei Keong is an animation artist living in Singapore and San Francisco. His animated short film “Pifuskin” has been showcased in many international film festivals, including the Annecy International Animation Film Festival, Zagreb Animafest, Stuttgart International Festival of Animated Film and London International Animation Festival, and won the Best Experimental award at the Singapore Short Film Awards 2015.He received the Special Achievement and Special Mention awards respectively for “White” and “Hush Baby” at the Singapore International Film Festival in 2007 and 2009. His public art installation “Foundin” has been featured at the M1 Singapore Fringe Festival 2014 and also at the Fondation Espace Ecureuil in France as part of the Made in Asia Festival 2015. Wei Keong holds a Bachelor of Fine Arts in Digital Animation from Nanyang Technological University, where he was supported with a Media Education Scholarship by the Media Development Authority of Singapore. He was the Chair of the Student Volunteer Program for SIGGRAPH Asia 2010 in Seoul and was a committee member for the SIGGRAPH Asia conferences in Yokohama (2009) and Singapore (2008). 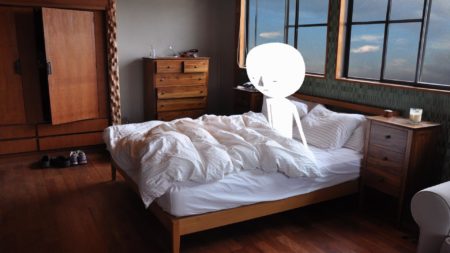