As a born and bred millennial artist, who thrives on mass media overindulgences, Stephanie Kang references images from pop culture that are prevalent and exhausting, like the Tumblr GIF, the viral video, big-brand commercials and reality television. And while her videos are often humorous and bizarrely quirky, they are reflective of mainstream America’s superabundance—the classic clusterfuck of images. Thus, she finds insight from the millennial’s go-to sources for all knowledge—television and the information superhighway. And as an ironic viewer of these seemingly shallow and mundane mass media outlets, she simultaneously takes pleasure in it while also subtly critiquing what she sees. Even though she recognizes the grotesqueness of this culture, she cannot look away. She hates it. She loves it. She gluttonously consumes it. Kang received her MFA from Washington University in St. Louis and currently lives and works in Chicago, IL. 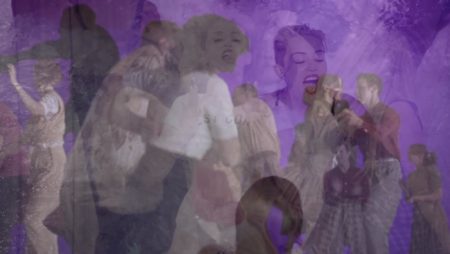