Nicolas Bianco-Levrin was born in Paris in 1979. He studied at Graphic Art School Duperie, in Paris, and published in 2002 his first book for kids, Simon sans nuit. After that, he regularly published books as writer and illustrator, using different methods (photography, acrylic, indian ink). With Julie Rembauville, he worked on many animation films, and they recieved together in 2006 the Award Encre et Sels g’argent for the book-dvd La rue et le Machino. He published more than 15 books for kids. Julie Rembauville was born in 1982 close to Paris. She studied literature at the Sorbonne, and has a master in Audiovisual methods. At the same time, she directed short films, especially animations. In 2003, she published her first book for kids, Je ne me laisserai pas faire!, illustrated by Nicolas Bianco-Levrin. Together, they directed animation films and books on the question of adaptation. 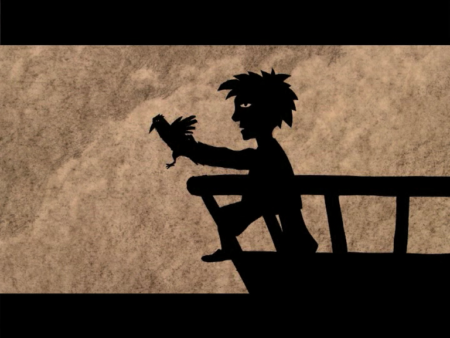