Intimidad Romero is a well-known faceless celebrity, using her intimate pixelated digital photos as the main source for social interaction since 2010. Delivering cyberperformances, Intimidad understands the media not as a mere container but as an essential part in self- designed identities within contemporary societies. Ηer work intends to use the main socio-technical characters offered by the social media such as pseudo-anonymity, public exposure and the use of photography as the major way of interaction and representation in social media, dissolving the boundaries between the work and the author. She has been nominated for the Social Media Art Award (Phanoemenale Festival Germany 2015). Her work has been exhibited at Pixxelpoint Media Art Festival in Slovenia, at NRW Forum in Düsseldorf and at the Museum of Modern Art in Bogotá. 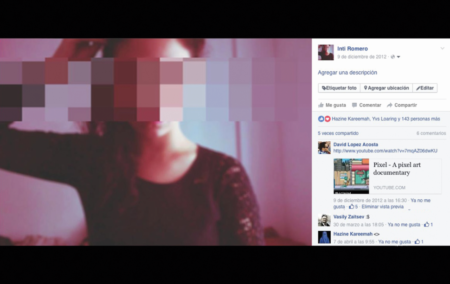