Shalom Gorewitz (b. 1949, NYC) has been working with video and computer technology since the late 1960s to create poetic, intellectual, and politically charged art videos relating to faith, relationships, and social issues. He works alone with prototype and low-end computer and video systems to collect, transform, and edit sounds and visuals. The results are lyrical contemplations of mundane realities in which the background becomes the landscape for imaginary scenarios. In addition to single channel videos, he has created and has collaborated on many installations, art documentaries, and telecommunication art events. Gorewitz has continuously created paintings, drawings, and computer prints. His work is in the permanent collections of the Whitney Museum, the Museum of Modern Art, NYC, and others. A Guggenheim Fellow, he has received support from the National Endowment from the Arts, Asian Cultural Foundation, and others. Gorewitz was in the first generation of art students to use video and he has received considerable recognition and support for ongoing research and experimentation with, and production of video art. In 2001, Gorewitz realized that the latest generation of digital editing software, Final Cut Pro, had filters that caused the kind of wave form generation he was fascinated with while working with analog tools during the 1970’s and 80’s. This reopened the path and revitalized work. 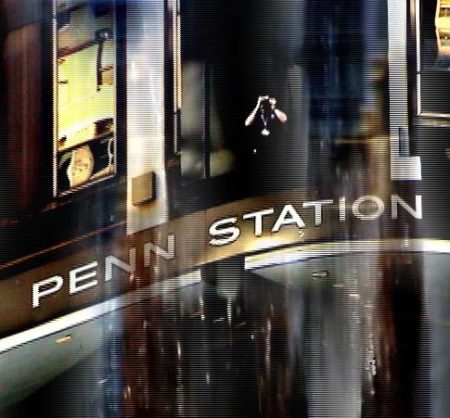 The Shape Of Emptiness